In Indian terms Tradition is understood as lines of transmission Para-Para ’from one to the other’. This is a very delicate balance of practice, sentiment and taste that is struck between two lifetimes. Paramparai was founded in 1994 by Saskia Kersenboom, to support and foster the ’Karnatik tradition’ of music and dance of Tamilnadu, South India, now known as ’Bharata Natyam’. Twenty years earlier she started her apprenticeship in dance with Smt. Nandini Ramani in Chennai. Classes in vocal and instrumental music with Shri B.Krishnamoorthy and Smt.R.(Veena) Ramani followed in 1977.

Around 1950, Nandini and her elder sister Priyamvada were among the first students of choreographer Shri K.Ganesan and the legendary dancer Smt.T.Balasaraswati, outside the direct family of these hereditary artists.

Dasi Attam Curriculum addresses advanced students and dancers of Bharata Natyam. Its Summer Residencies are held in the village of Legend, Hungary, not far from Budapest. Small-scale classes take place in a spacious Studio with its own Library and outside in the lush garden on Paramparai’s stage overlooked by a shrine for goddess Sarasvati.

Eventually this graded Curriculum takes the students to Tamil Nadu. YATRA Residency travels to historical places in the Kaveri Delta from where Dasi Attam migrated to urban, national and global stages. If held, YATRA is open to motivated outside participants as well.

The Smile of Tyagaraja, a Journey into Bharata Natyam, 2003. Documentary by Anine de Grood

For a selection of essays by Saskia Kersenboom access http://amsterdam.academia.edu/SaskiaKersenboom 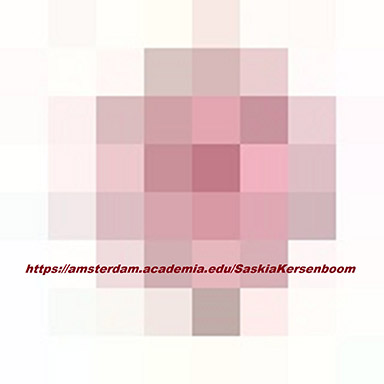 » BHOGA SHAKTI the Silent Witness of the Life of Devadasis – webinar

Intangible Cultural Heritage Project to research, document and develop music and dance performed by the hereditary community of Melakkarar musicians and dancers in and outside of Hindu temples of Tamilnadu. A joint project of Paramparai Foundation, Legend, Hungary; Indira Gandhi National Centre for the Arts, New Delhi, to be followed up with UNESCO - Intangible Cultural Heritage, Paris .

» The FACULTY of the VOICE - Intercultural explorations into Performance:
an ongoing praxis based study of the synergy, analysis and representation of the Performing arts of Music, Dance and Drama.